, all the particles have the same angular velocity but the linear velocities are different due to the different distance from the axis of rotation. 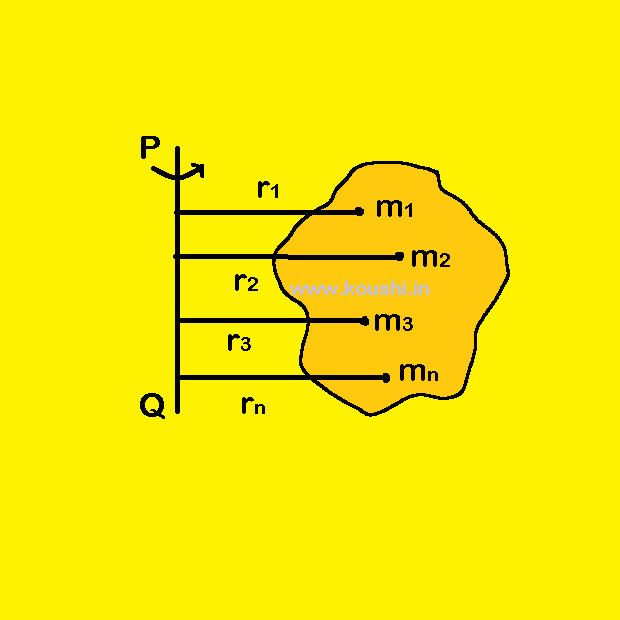 The moment of inertia of a body about an axis is defined as a sum of the products of the mass and the square of the distance of the different particles of a body from the axis of rotation.

The moment of inertia may also be defined as the twice the kinetic energy of a rotating body when its angular velocity is unity.

Where n is the number of particles each of mass m into which the given mass M is divided.

Hence the radius of gyration is the square root of the mean square distance of the particles of the body from the axis of rotation.

Physical significance of moment of inertia:

According to Newton’s first law if there is no external force is applied on a body, the body continues in its state of rest or of uniform motion in a straight line. This property is known as inertia. A body always resists the external force tending to change its state of rest or of linear motion. Therefore, for the body of greater mass, greater force is required to produce a given linear acceleration.

Similarly, bodies process rotational inertia. When a body is free to rotate about an axis, it opposes any change in its state of rest or of rotation. Greater the moment of inertia of a body greater is the couple required to produce a given angular acceleration. The moment of inertia depends not only on the mass of a body but also on the distribution of mass about the axis of rotation.